Pretty amazing video of the fire burning near us.

This is an updated version of the video of the American Fire with footage provided by California Interagency Incident Management Team 4 and Fire-watch Cobra, US Forest Service.
The American Fire, started at approximately 4:30pm on Saturday August 10, 2013, is burning in heavy fuels on extreme slopes about eight miles from the community of Foresthill, California and has grown to 25,000 acres as of August 26, 2013. There are 1,196 dedicated personnel fighting the fire at this time to prevent the fire from reaching populated areas. Many of the previously dedicated personel have relocated to the RIM Fire near Yosemite CA. They have successfully contained the fire American Fire 83% at the time this video was originally posted. Heavy fuels are creating large amounts of smoke, which is a significant issue for the Sierra Foothills, Tahoe area, and Sacramento Valley. The cause of this fire is still under investigation.
A special thanks to Kellen Walker for helping us film under such dangerous conditions, thanks to Karen Marko-Meyer for logistical advice, and Wes Schultz for contributing his amazing photography. And of course, thank you to those firefighting professionals risking their lives in combating this amazing force of nature.
For additional photographs of The American Fire by Wes Schultz visit -http://notnownotever.exposuremanager.

Video by Chris Terry
Posted by SisterOfTheDivide at 7:21 PM No comments:

Pics from our PPP Class Yesterday And Ramona's Back!


We had a small turn out yesterday, but much fun was had by all!  Our dear Ramona was back in class and it was so good to see her getting around so well.  She has kept up with the class and brought all her blocks to share!  Well Done!!!


Her blues are beautiful, she has two more blocks in process right now, but I have no doubt they will be every bit as lovely.  This is going to make a soft and pretty quilt.

I am working out how I am going to get this pattern Woven Star Block, scanned into the computer for you all to enjoy.  It has to be printed out on legal paper to make the 12.5 inch finished block.  My scanner is only letter sized.  Leave a comment if you have any suggestions on the best way to accomplish this.  I was thinking about cutting the pattern in half and posting the PDF with the two halves which you would have to tape together.  And that may be what I do, because I'm thinking that everyone probably has letter size paper to print on and not legal.  I'll get after that this afternoon, check back here for a link to the pattern on our PPP link page.


The American Fire has been burning away now for a week up here and we are all choking with smoke, especially in the mornings.  The fire is now up to 10,000+ acres with only 30% containment as of last night.

The fire is burning up canyon from us about 10 miles as the crow flies...and as the inversion takes place the smoke drops down the canyons and we wake up to...

The picture above was taken on the second day of the fire, we are now a week into it and the smoke is much thicker and more choking.

Anyway, back to fabric and sewing fun!  Here are a couple more blocks from class.


The trick to this block is to have some color crayons with you when you are first laying out what you want to do.  Figure out what colors you want and where you want them.  On the pattern, you will circle the number 1 on one segment of your block with your red color crayon.  Now look to see where the tip of that or the corresponding #4 will fall in the next segment and circle that with your red crayon also.  Now you know, what ever fabric you are putting in #1, will also need to go in #4 on the corresponding segment.  Don't worry, when I post the pattern, I will also post photos of how to do this.


It's a very easy block with not many pieces but if you don't pay attention while you are sewing it, you will not have the results you want, it can be tricky at first.  I will post hints and tips with the pattern.

You all know by now, that I love to play with the mosaic maker at BigHugeLabs.com  so here are some mock ups of these blocks, so you can see what it might look like in a quilt. 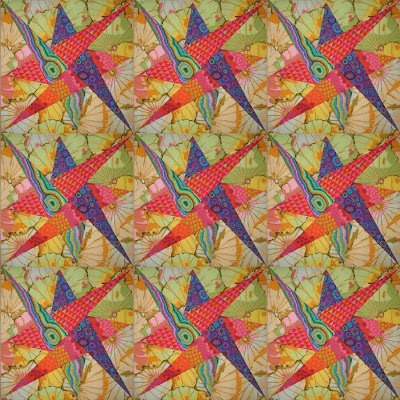 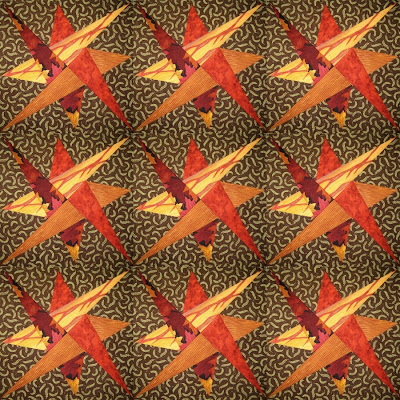 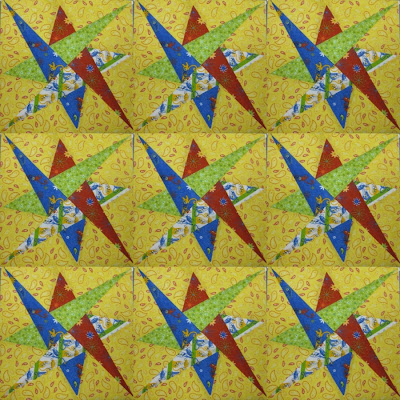 Three completely different looks with the same block, just changing up the fabrics.  Isn't quilting fun!  Well, I have a day of sewing ahead of me, finishing up Andrew's costume, some BOM's I'm working on and I will probably start another project, just because...LOL.

The Woven Star will be the last block in our PPP class this year, the meeting next month will be to finish up any blocks that need to be finished and to start your quilt top or what ever you plan to use your blocks for.  Perhaps a table runner with matching place mats???  Your call, your creation.

The October meeting will be a pot luck to see every one's work and enjoy a lovely brunch together!


Check back this evening or tomorrow for the PDF pattern and instructions for our final block, The Woven Star!

Posted by SisterOfTheDivide at 6:57 AM No comments:

PPP Class This Friday! New Block Will Be Posted

This Friday, August 16th will be our Perfect Paper Piecing Class. We will be making a new block this Friday.  I will not post the pattern until late Friday, but it will be available at the class.  For the block we will be making, you will need 4 different fabrics plus a background fabric.


This is not a difficult block to make, but you must pay attention to placement as you go along.  We will discuss some tips for making that easier in class and I will post them this weekend along with samples of class work.

So a couple weeks ago, I decided to start a Mug Rug Swap on Ipernity!  I put up this invitation on Flickr, Ipernity and FaceBook 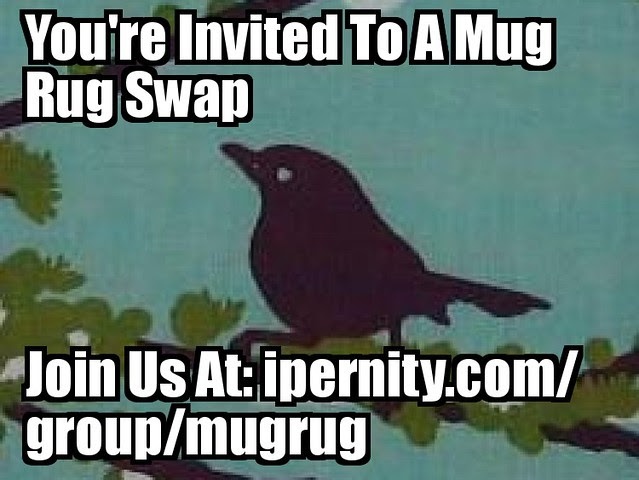 I've had a great initial response!  We have 17 folks signed up for the first swap!!!  What fun.  Everyone is busy creating their inspirational mosaics.  There are currently 30 folks in the group, some are watching this first round and will jump in on future rounds.  I hope you will come check us out, join the group and have some creative fun with us!!!

Whether you are a veteran quilter or a newbie...everyone is welcome.  The rule of thumb is to make something to the best of your ability, something you would be proud to have your name associated with.

Our first swap is a Fall/Halloween theme.  The mosaics are fun to look at. There are several great options and directions for people to head in.  It's going to be fun to see what everyone creates! 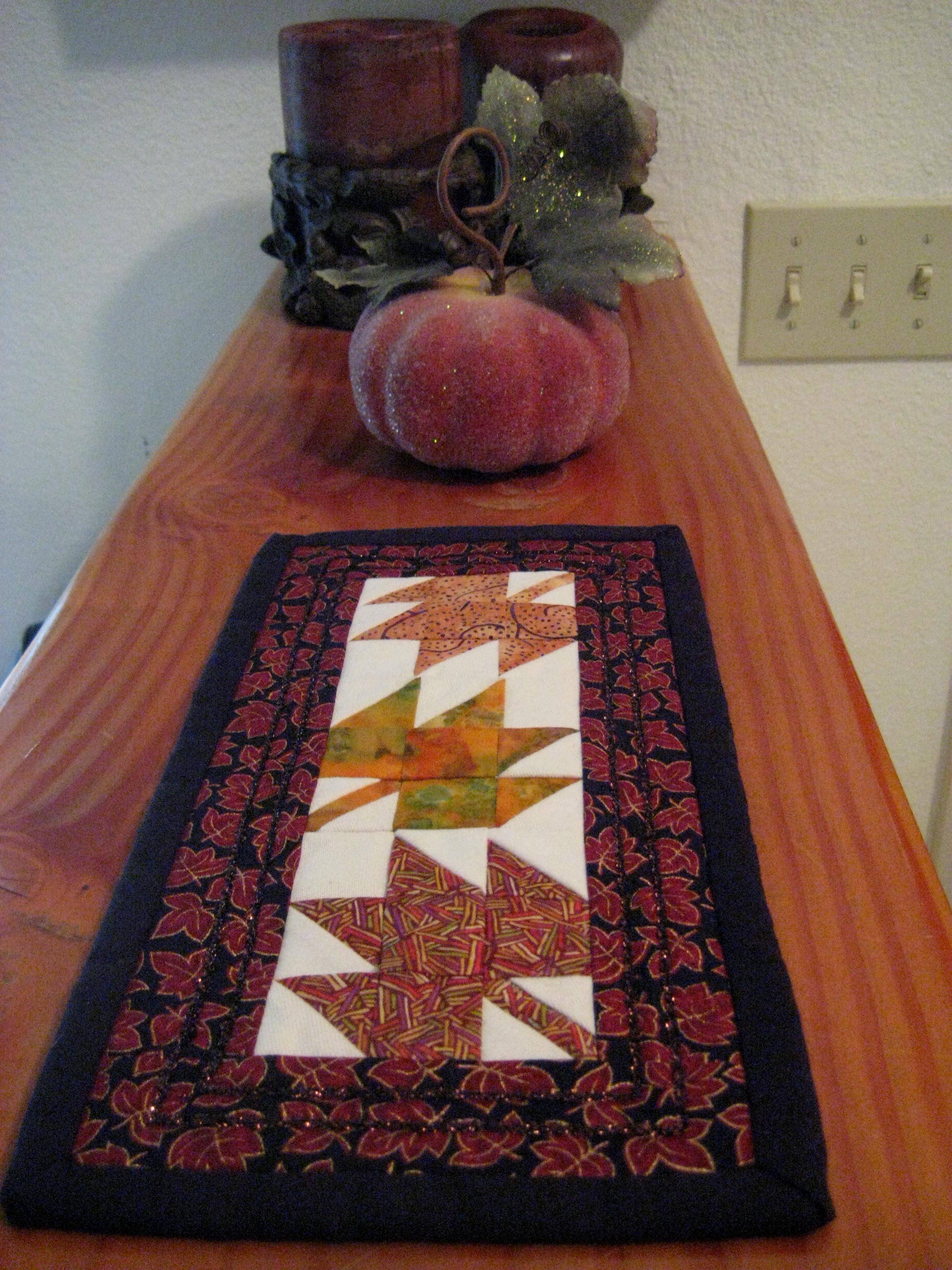 Posted by SisterOfTheDivide at 4:11 PM No comments: 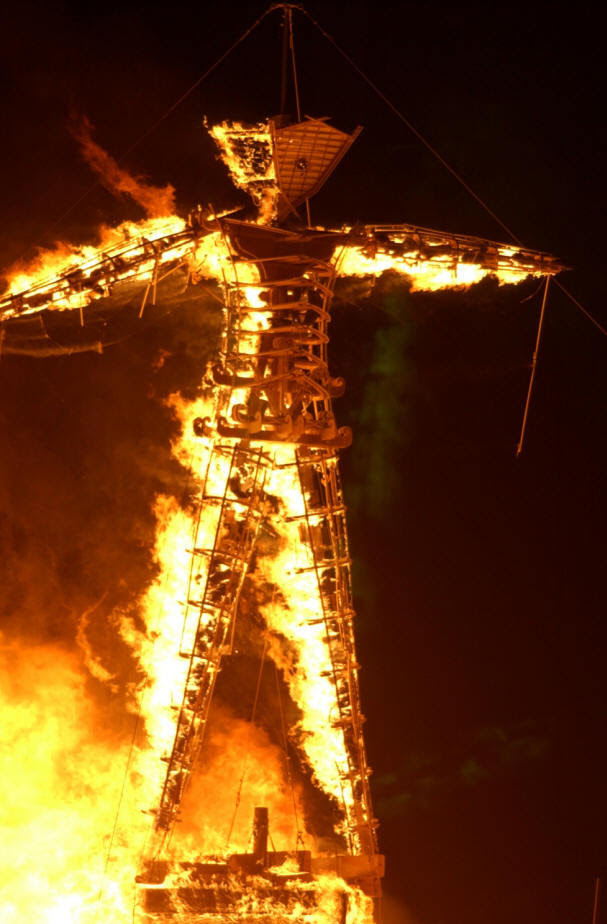 Once a year, tens of thousands of people gather in Nevada's Black Rock Desert (also known as "the playa") to create Black Rock City, a temporary metropolis dedicated to community, art, self-expression, and self-reliance. They depart one week later, having left no trace whatsoever.

In the 1990's my son attended Burning Man along with about 6000+ other individuals.  He is returning this year but this time, there will be 70,000+ individuals sharing the playa.  This should be an entirely different experience and I am anxious to here about it when he returns.  Part of the immersion into this experience is to express yourself with costume.  Last week, Andrew came down for a visit and we went to Jo-Ann's to make the initial fabric selection for what he has designed. 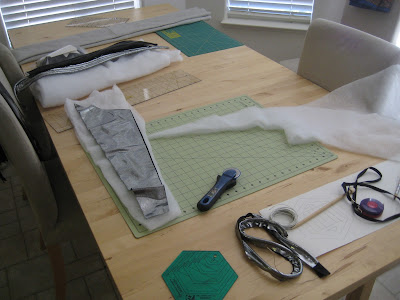 We started by making a paper pattern for a "space age collar" and things are evolving from there. 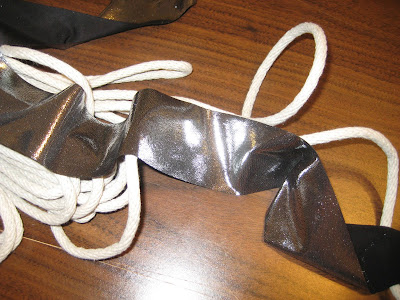 He told me that he would like to have the black sections of the collar, float over the top of the silver sections as he wants to attach some battery operated lighting.  Quickly, the clothesline in my craft closet came to mind.  We cut a strip of fabric and folding it in half over the clothesline, I used the zipper foot to create cording which I will use to separate and create space between the two collars. 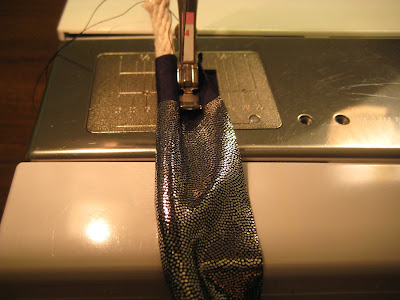 The fabric he selected is really fun, I was thinking it might be difficult to sew on, but it's a dream!  90% poly and 10% spandex. 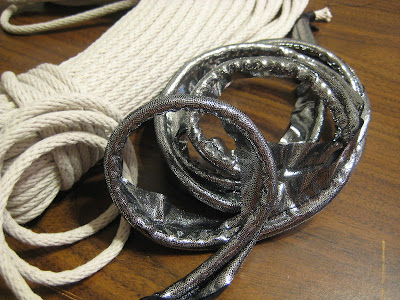 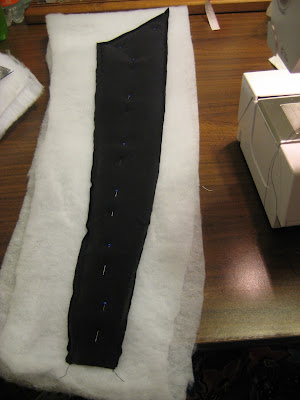 We got some really cheap batting and stitched the collar pieces together with the batting on the bottom.  He wanted dimension and this will give us plenty! 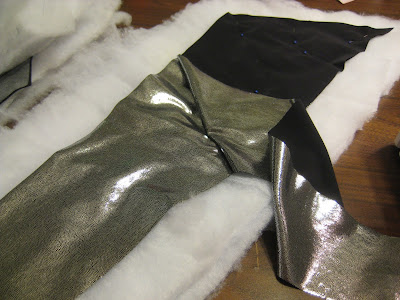 I am leaving the one side open on the silver pieces, they will get run through the serger for a finished edge that he can stitch down to a t-shirt.  The black collars are stitched all around. 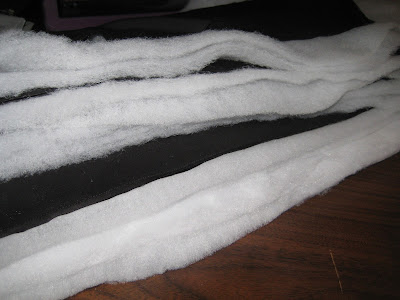 The stack of collars are finished with the initial sewing, now the batting must be trimmed and the fabric must be turned right side out.  I carefully pushed out the pointed areas with a large wooden knitting needle. 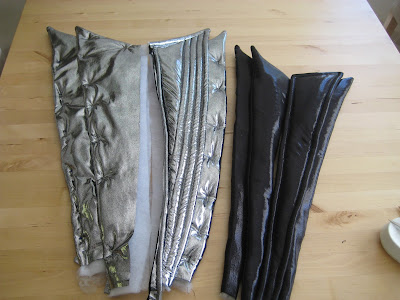 So here we have the collars ready for top stitching which will create a very metalic look.  Then I will start on the belt and the belt buckle.   I have purposely left a large space in the outside edge for us to insert wire to give this some lift and shape....The collar will be V-shaped front and back with pointed tips at the shoulders that will rise up a bit...let's see if we are successful...more to be revealed! 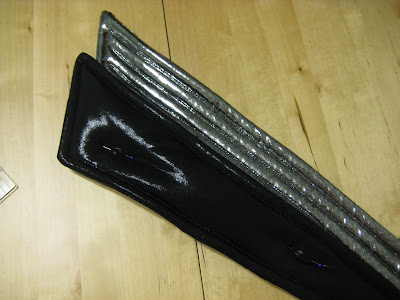 Pinned up on the design wall. 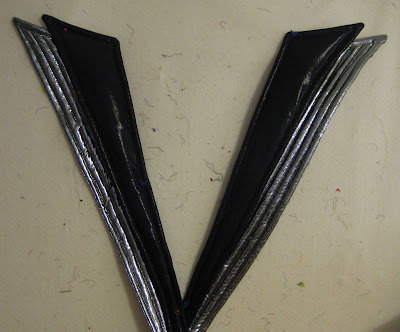 Well, Andrew was down yesterday and we finished up his costume for Burning Man.  There are other bits that go with it which he has at home, but these are the contributions I helped with:


After  finishing the collar, Andrew decided that it needed a liquid metal shirt underneath...so, we made this!


The collar looks great over the shirt and is held in place by a couple strips of industrial strength velcro, so no worries about it slipping off the shoulders.

And as an after thought, he decided that he also wanted a "fur" shirt for the evening.  It can get cold out there on the Playa...hard to believe, I know.  I was shaking my head (internally) when he told me this and shaking it even more when I saw what he picked out, but you know what?  It actually made up into a really good looking shirt, suitable for wear, post Burning Man.

Posted by SisterOfTheDivide at 2:59 PM No comments:

SisterOfTheDivide
Welcome Quilters! I'm Karen Meyer aka the Sister Of The Divide. This blog is an exploration of quilting and design, sprinkled with personal observations, family recipies and LQS reviews. Sharing my passion for quilting and links to tutorials by myself and others, I hope to spark a desire in you to explore your own personal creativity. Feel free to copy anything, to share and to enjoy, comments are welcome!

Sister Of The Divide

Promote Your Page Too

Welcome To The Divide

Located in Foresthill, California in the heart of the historic gold mining country. They call this place The Divide because it is located on a broad ridge between the North and Middle Forks of the American River on the gold-bearing gravel bed of an ancient river. 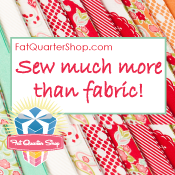 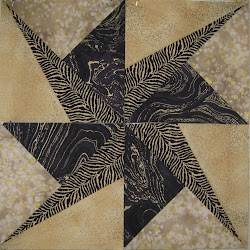 Click here to get your patterns for this class